Confessions of a Closet Accordion Lover

I have just come to realize that I have a thing about accordions. Weird, you say? Cheesy, maybe? Uncool, you think? Sorry, conclude away, but I am here to confess. Truth be told, it took me a long time to realize it, but I have been enamored of the instrument since Carmella Cartino brought hers to show and tell in 4th grade. My parents didn’t take it very seriously that evening when I told them about it. We were neither Italian nor Polish—the two ethnic groups most associated with accordions in our neck of the woods.

Japanese Accordionist in Rome (I promise as soon as I find his card, I will include his name!)

I probably never gave it much thought again myself until I came to Chile, which is next to Argentina, with whom it shares a love of tango, which uses the bandoneón, which is technically not an accordion at all, but rather of the concertina family, which you can look up yourself on Wikipedia or take my wiki-informed word for it when I tell you that the major difference between these two rather seemingly related bellow and free-reed instruments is that accordions get strapped on and have piano-like keys, while concertinas (including the bandoneón) are smaller and have buttons rather than keys. (Wow, I think that is the run-on-iest sentence I’ve ever written in my life!). Several sites (including Wiki-genius) tell me that the difference is that “concertinas have buttons that travel in the same direction as the bellows, while the keys on the accordion are perpendicular”… whatever that means… which is a long, round-about way of admitting that I know nothing whatsoever about this instrument that has been kicking around in my musical subconscious for many years. 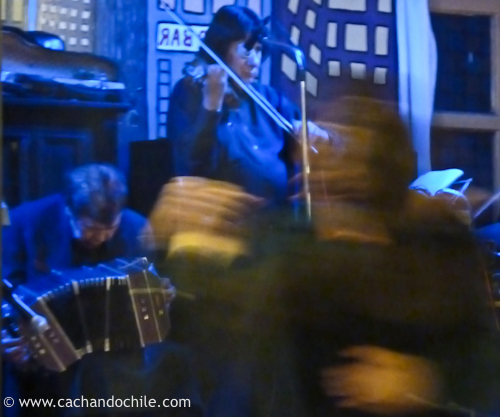 So what inspired this post? Inspired, you ask? Yes, inspired. It wasn’t just a belated confession of self-delighted nerdiness, but rather was triggered by a series of coming-togetherness of random events that made me look around and say “Hey! I think I really like accordions!”

It started with a piece on NPR’s All Things Considered the other night about the—get this—Mainsqueeze Orchestra. I am not kidding. It’s a dream-inspired, 14-member, all-female, all-accordion group led by a German immigrant (and accordion shop owner) in NYC (go ahead, check out the link!). I snapped to attention… And I had to face the facts… I have been in denial. Me, a closet squeezebox fan since childhood.

And then I realized that I had shot a bunch of photos of people playing accordion in Italy, which isn’t so surprising, really, except that not all of them were necessarily Italian… and the fact that most of them seemed to be playing “My Way” (why IS that? My Way for Accordion??)

"My Way" on the accordion's greatest hits list in Rome, 2011

Which led me to realize that I’ve been taking pictures of accordions for a while now, and I confess I’m not sure how much is due to the music and how much to just how glitzy-pretty the darned things are.

I took tons of the lead singer/accordionist of the Hermanos Morales (kings of the Ranchera in Chile) in Concón a while back because I wanted just the right shot of his spectacular accordion. Check it out: 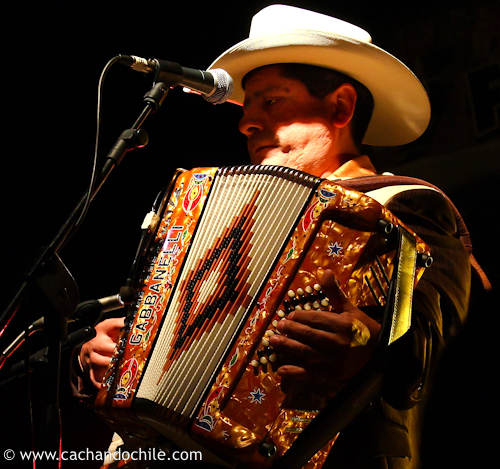 And Cueca! Accordions are no stranger to the oh-so-Chilean cueca either! Oh! 3 x 7 21 (Tres por Siete Veintiuna) what you do to my quivery heart!
(In the interest of honesty I have to admit that in this case it has far more to do with Daniel Muñoz than with the accordion!)

And Klezmer, Balkan, Gypsy music? Don’t get me started!

So the coincidences keep adding up, because March 11 rolls around and sha-bam, I discover that it would have been Astor Piazzola’s 90th birthday… Oh come on… you do too know who he is! One of the greatest tangueros and bandoneón players who ever lived. Yeah, I know, I know! A bandoneón belongs to the concertina family, which is not the same as an accordion… but they both have bellows and the ability to bend and twist a note that wrings my soul dry and hangs it out to flutter in the breeze…

And then, to top it off, I’m shuffling through papers on my desk and come across an article I had clipped who knows when, about (of all things) the first Chilean Accordion Music Conservatory in San Bernardo. Whoah! I think I need to meet these people. It’s as if it were some kind of cosmic sign telling me to pick up an accordion and play, baby, play!

Ya po. A ver… For now I think I’m still capable of resisting the celestial forces and sticking to just admiring from afar these deliciously eye-candyish, soul-tickling instruments (and ahem! getting on with that long-overdue thesis project that’s already underway!!). But for any of YOU who might be tempted to strap on some bellows and keys and spend six, yes, count-em six, years of professional accordion study, here’s the skinny…

138 responses to “Confessions of a Closet Accordion Lover”