Bicentennial Chile Dog: And we have a winner!

Chile has a thing about its dogs, especially its quiltros!

Love ’em–or not–they’re part of the national culture and landscape and will have their place in the limelight during Chile’s 2010 Bicentennial celebrations.

Remember the government-sponsored search for the Bicentennial Chile Dog ? The National Mutt photo competition? Pitching for the perfectly pictorial pooch project? The hunt for the Quiltro del Bicentenario? Well the results are in and the winners declared.

The judges (members of the Bicentennial Commission, the Photographic Heritage Corporation, and several photographers) poured over the 700 photos of canine candidates to find just the one that represented the concept of “quiltro” in Chile, guided by the DRAE definition: a dog of mixed breed… and have found their mutt of the hour:

And the winner is…… Cachupín! 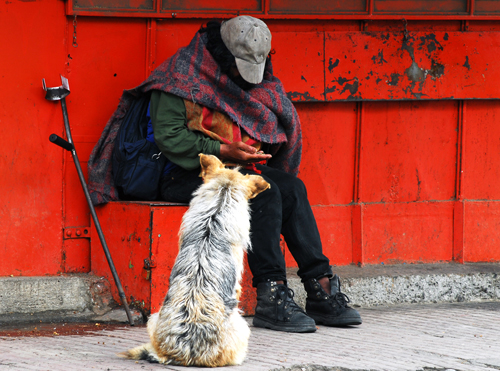 Oscar Fuentes of Chillán won first prize (a Nikon Reflex Digital Camera d-40 w/ 18-55 lens) with his image “Si para ser felices” of a dog he calls “Cachupín” and its master, both of whom appear a bit down and out, but the judges appreciated the shot for the story it seems to relay: the pup’s cocked head and perked ears showing attention to his master, who appears to be counting change, while the dog waits patiently for a bit of attention. Fuentes explains that “the dog is not observing the money, but rather the intentions of being fed… and his only means of payment are faithfulness, happiness, and in cases like this one, the enormous need for companionship.” He goes on to say that “among the many facets of this particular chapter in our culture, it is important to emphasize this other side of the exacerbated contempt of street dogs.” 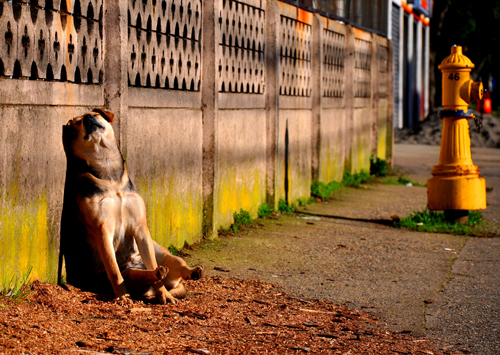 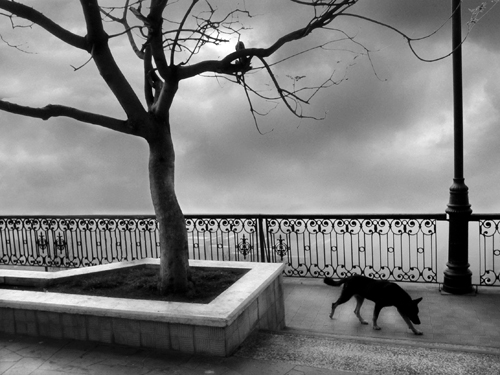 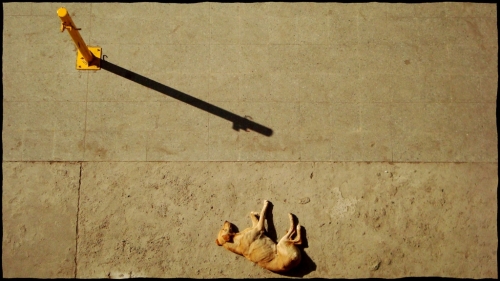 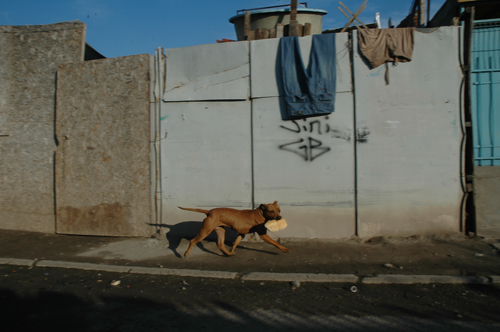 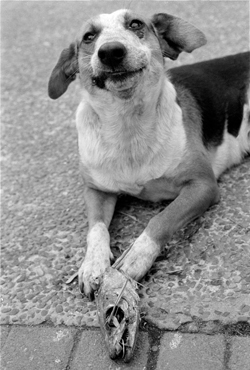 Congratulations to all the winners and the corresponding pooches!

Like the photo?
Is this a shot that should represent Chile and Chileans in its bicentennial hour of glory?
Should we be celebrating its street dogs?
Should Chile be spending money on this kind of project?
Got something else on your mind?

** All images are reproduced here with permission from the Chile Bicentenario Commission.
For more information on the competition, see ChileBicentario: “Si para ser felices...”.

31 responses to “Bicentennial Chile Dog: And we have a winner!”